The X51 Debut Championship is an air racing event in DCS: World, aimed at introducing complete novices to the simulator.

The time trial will use the TF-51D, a completely free starter aircraft that comes with the base game, which is also free to install and play. There is also no entry fee for the event. The winner and runner-up will both receive a combat aircraft for DCS as a prize - a great way to dive in to this exciting world of combat simulation! To register for this event, please fill in the sign-up form below.

This event is aimed at those who are interested in getting into DCS, but are put off by the cost of aircraft modules and the steep learning curve. Hopefully everyone who attends will have fun, learn something useful and the winners will have their own competitive combat aircraft to jump right into single player campaigns or multiplayer PVE and PVP. Therefore, we ask that attendees:

If you've installed and tried DCS before, that's not a problem and you can still sign-up. We just want to be able to give the prizes to those that would get the most benefit from them.

Rather than throw everyone in the deep end, we will be hosting an introductory session the day before the race where X51 members will help anyone in installing, setting up and flying in DCS. We will be hosting a multiplayer server for any of the race attendees to use, to fly around, get a feel for the aircraft, try some race courses and get any assistance they need.

The main event will consist of five courses.  Each course will be completed once for every competitor and points are awarded for the top three fastest times on each course. The points are:

If there is a tie between first or second place by the end of the event, all course times are summed for the competitors in the tie, and the place awarded to the competitor with the fastest total time.

Specific course rules and information will be shared on our discord server closer to the event.

DCS: World is a combat simulator which you can install for free. It comes with two starter aircraft - the TF-51D, which is a two-seater trainer version of the P-51D, and does not have any weapons. The other is the SU-25T, a Russian ground attack aircraft.

Additional aircraft come as "modules" and come in two varieties: low fidelity and high fidelity. Low fidelity aircraft (such as the SU-25T and the runner-up prize of the Su-27) have accurate flight models, system and weapon simulation, but the cockpits are not clickable. All functionality is achieved through key bindings. High fidelity modules (such as the TF-51D and 1st place prize of the M2000C) have more in-depth system simulation and have fully clickable cockpits. They are among the most accurate, commercially available simulations of combat aircraft ever made.

DCS has a multiplayer community which set up some amazing dynamic campaign servers, both PVE and PVP, free flight, aerobatic and air racing servers. This, in our opinion is where the heart of DCS is, and anyone that decides to stick with DCS after our event is welcome to join us on our multiplayer fly outs. For anyone wanting to learn more about modern air combat tactics, teamwork, and hone their skills - or would like to join our aerobatics display team, our squadron recruitment is open! We offer our members frequent custom events and missions, weekly training sessions and more prizes.

Disclaimer: We are in no way associated with Eagle Dynamics or DCS: World. This event and this post are not paid for advertisements for the platform. All prizes are paid for by us and our amazingly generous Patreon members and we are simply passionate players who recognise the significant barrier for entry that DCS presents. We would like to help the community in this regard. 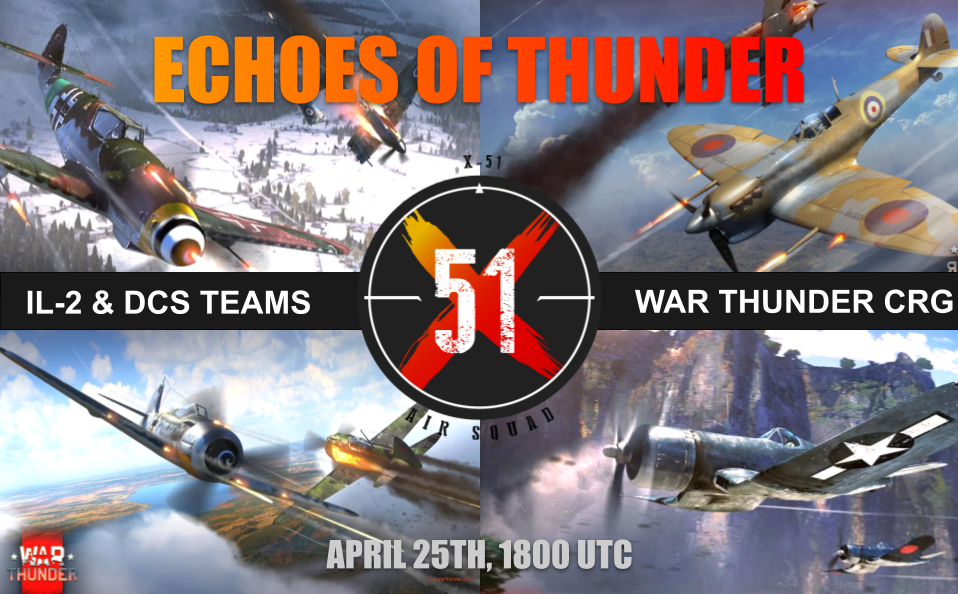 X51 Squadron is returning to it's roots. Saturday the 25th at 1800 UTC, we are meeting each other in a fight to be remembered! The DCS and IL-2 pilots will 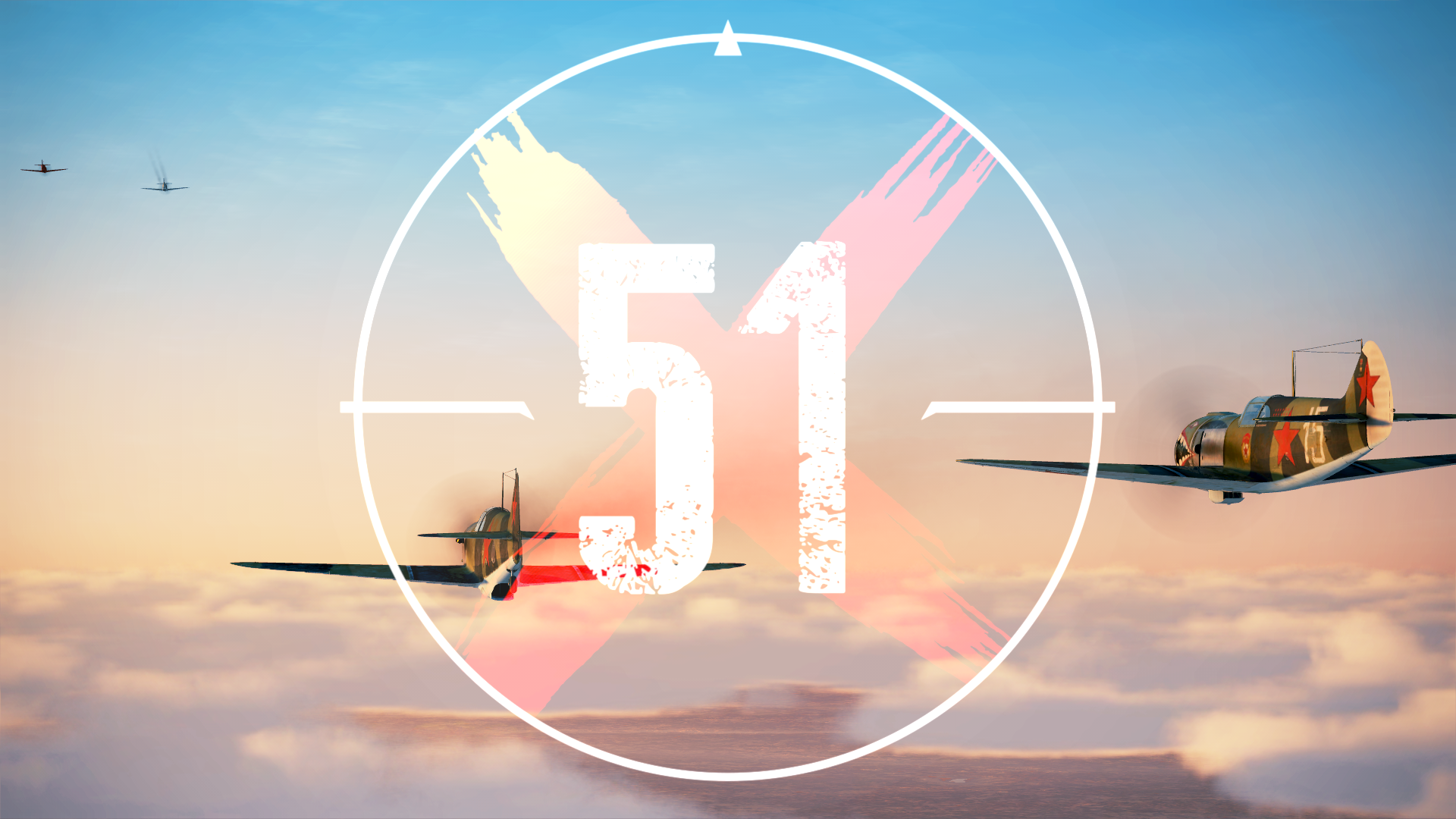 For the 5th anniversary of X51, we are hosting a series of fun and unique events in DCS, IL-2 and War Thunder! There are several events per sim spanning four