The total energy state of an aircraft in flight can be in two forms: Kinetic Energy and Potential Energy. The sum of these two is equal to the total energy of the aircraft. In aerial combat, it is almost always preferable to start with a total energy higher than your opponent's as it allows you to dictate how and when the fight should begin. As the fight evolves, the energy states of the participants will vary greatly.

It is a fundamental principle of the universe that energy cannot be created or destroyed, only transformed into different forms. In a dogfight, retaining the upper hand often requires transforming your energy between different forms as efficiently as possible. Energy can be gained* from the thrust of the engine, and lost* due to friction with the air (drag).

*this energy is gained or lost from the aircraft but as we said, it cannot be created or destroyed. These gains and losses are still just transformations. The energy gained from thrust is converted from the energy stored in your fuel, and the energy lost from drag is converted into heat and movement of the surrounding air.

Here we will try to explain the difference between kinetic, potential and total energy, how it is gained, lost or transferred efficiently, and how to use it to your advantage in combat.

The Kinetic energy  (KE) is the amount of energy stored in an object due to it's motion. In a world without friction (drag), KE is the energy needed to accelerate a certain mass from motionless to it's current velocity. The formula for Kinetic Energy is: Ek = ½mv2 where m equals the mass of the body in kilograms, v is the velocity of in m/s and Ek is the kinetic energy in joules.

All of that is well and good, but it is neither easy nor quick to calculate in the middle of a dogfight. So how does a pilot quickly assess the kinetic energy level of his machine? Well, in the short span of a dogfight, an aircraft should retain the same mass unless ordnance is dropped, fuel burnt (which will happen somewhat slowly) or god forbid aircraft parts are lost... which leaves the one variable of velocity. The higher your speed, the greater your kinetic energy, and since KE is proportional to velocity squared, a pilot could quickly say that a plane flying 400 kt has four times as much kinetic energy as the same plane flying at 200 kt.

The term Potential Energy refers to the energy stored in an object, such as a compressed spring or a drawn bow, but for aviation we are more interested in the gravitational potential energy. It takes energy to "fight" against the gravity and elevate an object against Earth's gravitational pull. Fortunately, that energy used to climb is not lost! It is just "stored" or "transformed" into potential energy that becomes available during a descent.

Ignoring air resistance for now, imagine a ball that weighs 1kg is thrown from the ground vertically up at 100 m/s. At the beginning the ball has a lot of kinetic energy (5000 joules to be exact!). The ball would rise in the air, decelerating constantly due to the pull of gravity , which is 9.8 m/s². This means for every second the ball is flying upwards, it is loosing 9.8m/s of velocity every second. When the ball slows down to zero velocity, at the top of trajectory, it has no kinetic energy left. All the KE of the ball has been transformed into potential energy. Now as the ball starts falling, it accelerates downwards at the same rate of 9.8 m/s² and that potential energy is transformed back into kinetic energy at the same rate it was lost while going upwards. This means it will hit the ground at 100 m/s. The exact same speed it was launched at.

The formula for (gravitational) potential energy is Ug= mgh where m is again the mass of the object in Kg, g is the acceleration the object experiences due to gravity (9.8m/s² on Earth) and h is height in meters from a reference point (ground level in aviation).

We discussed the theory behind this, but now lets look at a piloting stand point. In the formula we said that potential energy is the multiplication of mass, gravitational pull and height over a reference point. In practice, our mass will be close to constant (like we assumed for KE) and, unless you are flying really high, gravitational pull will also be constant. Which leaves us with only one variable: height, or in our terms: altitude. The more altitude you have the more potential energy is stored in the aircraft and available in a dive.

To simplify, it can be thought of like this:

Kinetic energy is the cash you have in your wallet. Potential energy is your money in the bank; you have it, but can't use it until you withdraw it.

The action of withdrawing potential energy is whenever we descend. We trade potential energy for kinetic energy, or altitude for speed. Altitude is your savings account. If you spend all your cash (speed) you can withdraw whatever you have in the bank (altitude). The bigger your savings, the more you can afford to spend your money. But bear in mind, the cash you have is taxed by drag, and the more cash you have, the more tax you pay, so it can be beneficial to only withdraw what you need. Luckily, you also have a steady flow of income: thrust. Good energy management is equivalent to good budgeting!

After the previous two explanations, this one will be easy. Total Energy is the sum of kinetic energy and potential energy. It looks simple enough when said like that, but for a fighter pilot it is often harder to judge than it first seems. For instance a bandit flying lower than you might at first look like he is at an energy disadvantage. He would be for sure potential energy-wise, but if he is really fast he might be able to climb to your altitude with enough speed left to be a danger to you. On the contrary, if you are flying very slow far above a fast flying bandit you might not be able to keep up with him if you stay above, but could very well be able if you start cashing in all that potential energy you have in bank by diving on him!

Having a high total energy state gives you more control over an engagement, and more options to choose from. Having low or high levels in a particular form can have its advantages and disadvantages.

Having high KE allows you to quickly close the distance on a target rapidly, to engage a target in a single pass and egress quicker than they can follow, climb rapidly to altitude, either to escape a lower energy enemy, or set yourself up for a dive attack, or to disengage from a fight, increasing the distance to the enemy beyond the range at which they can engage.

However, keep in mind that high KE also comes with its complications. In general, higher KE will decrease your maneuverability. Turning circles will become larger, g-load (the g-forces on the aircraft, and the pilot) will become greater during turns, and control surfaces may become more difficult to move (control lock-up). The time window in which you have a firing solution on a target will also become smaller and all this makes it much more challenging to actually hit a slower target. And of course, all aircraft have a speed limit beyond which you may experience rapid disassembly of the wings or control surfaces! The maximum safe airspeed is called VNE, the "never exceed speed".

If you find yourself up against an enemy with much higher KE than you, you can use these disadvantages against them. If you have no way to quickly increase your own KE then use their hampered maneuverability against them. How to maneuver effectively to deny the enemy a shot, or to change a defensive posture into an offensive one will be covered in the Circles chapter.

Drag, from air resistance is how your aircraft loses energy. As your aircraft travels through the fluid that is the atmosphere, it is constantly colliding with the air molecules and transferring energy to them. The larger the surface that is presented to the air, the more molecules it collides with, so more energy is transferred and the drag force is larger. Also, the faster you travel through the air, then the more molecules you will hit in a given amount of time, so the higher your speed, the higher the drag force will also be.

Drag forces are a little more complicated than just area and speed, as the geometry of aircraft are complicated. These complex components such as skin friction, form and fluid dynamic of the airframe, are all wrapped up into a single number called the drag coefficient, Cd. This is how intrinsically "draggy" an aircraft is. If you know Cd, you can calculate the force of drag , D, on an aircraft if you know it's velocity relative to the air, v and the density of the air, ρ. The final part of the puzzle is the "reference area", A in m2. For aircraft this is usually taken to be the frontal area of the aircraft presented to the airflow.

** In reality drag is a very complex phenomenon, with many ways to define the reference area, Cd or even the type of drag you are calculating so we've simplified it greatly here.

So with these ingredients, we can finally get our equation for drag force: D = ½CdρAv2

Ok that's a lot of mathematics, but what is the take away?

Often, dogfights will become a battle of energy retention - especially when it begins with both aircraft in similar energy states. You are both wearing down each other's energy reserves, and less energy means fewer options. If you manage your energy better than the enemy during the fight, you deprive them of those options while retaining them for yourself, giving you full control over the engagement.

We've talked about how you can lose energy, but you are constantly putting energy into the aircraft as long as your engine/prop is producing net thrust. However, this is generally rather a slow and steady income during a dogfight.

In level flight, at constant speed, all four primary forces on the aircraft are balanced, giving a net force of zero in both the horizontal and vertical. Lift is balanced with gravity, thrust is balanced with drag, and your total, kinetic and potential energies are all constant.

In combat manouvering, these forces are constantly changing, and drag will, on average, tend to win out against thrust. You're paying more tax than you're getting paid. This is not a sustainable situation! If however, you have significantly more energy than the enemy, you are in control. You can disengage from the fight by converting your energy into a high level of PE, where it is safe from the tax of drag, and let the steady income of thrust recuperate your energy reserves.

Having a high energy state makes it easier to retain and recuperate energy if you manage it well (money makes money!) so if you have the upper hand at the beginning of a fight, be patient and manage your energy efficiently. 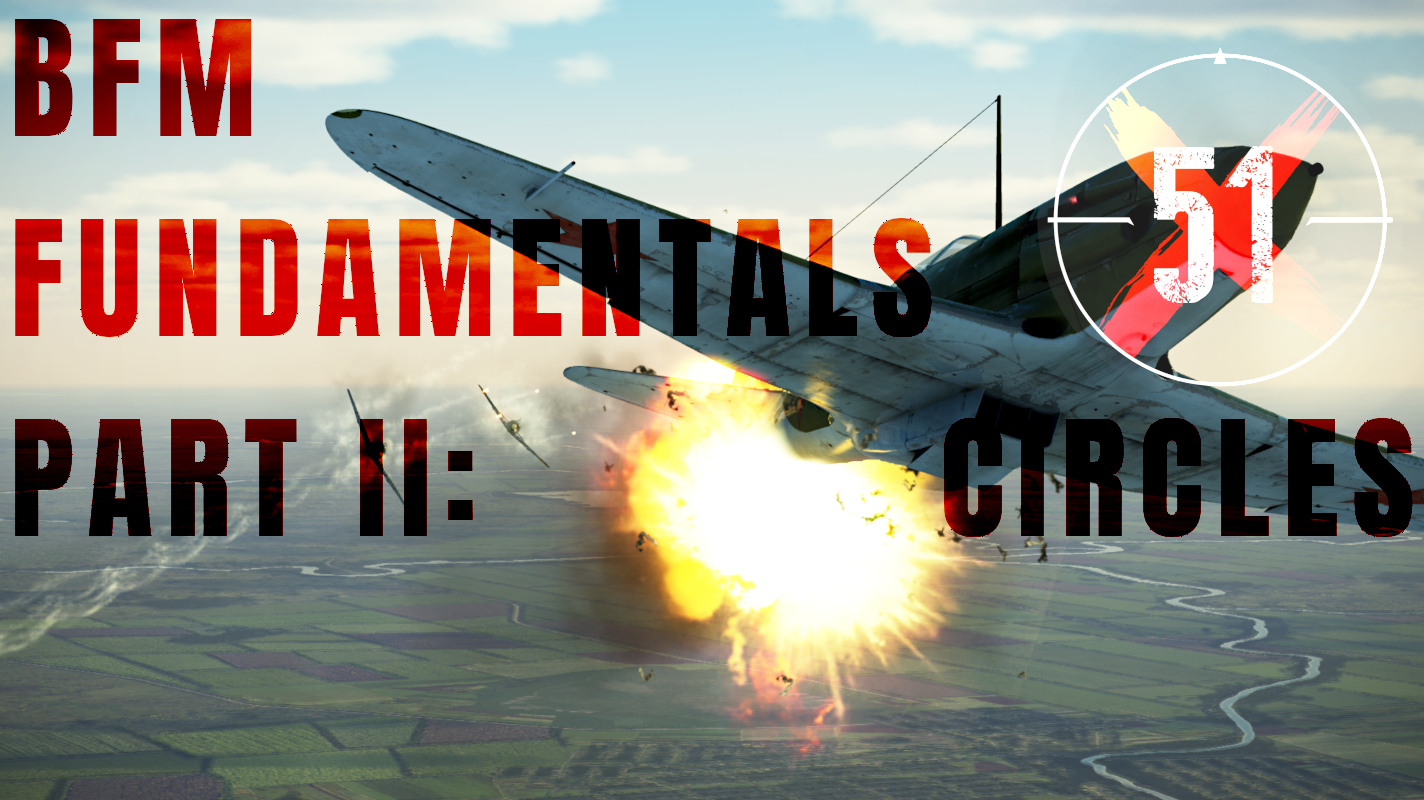 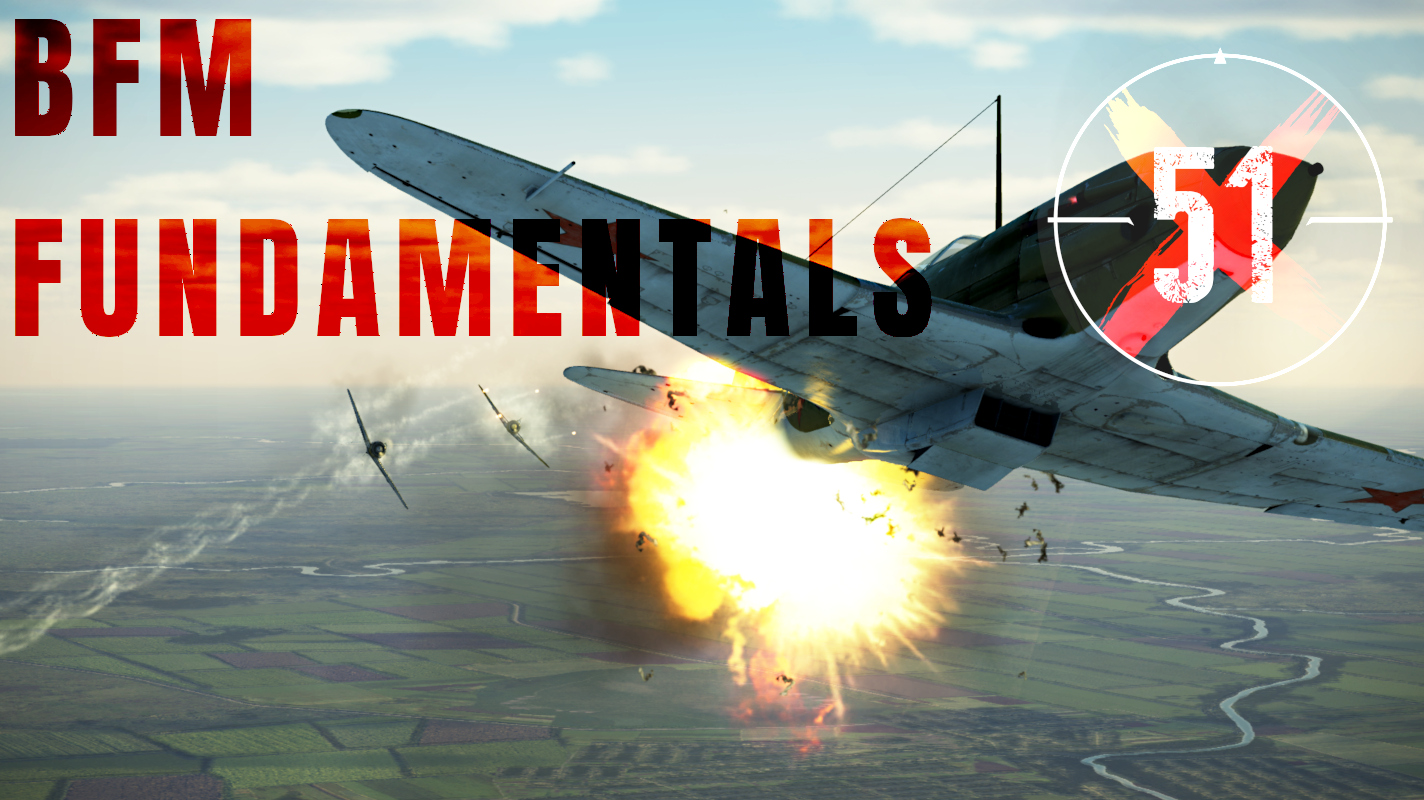