This section is all to do with turns, and how that relates to a concept called circle flow.

How "good" an aircraft is at turning is based on two main concepts: Turn rate and turn radius. Turn rate is how fast an aircraft can complete a circle, or how many degrees per second it can turn. Turn radius is how large the turning circle is. There is a lot of interplay between the two and both can vary significantly with altitude and speed, so let's assume we have two dissimilar aircraft fighting each other at the same altitude and speed. It is possible that under these conditions, one aircraft has a much better turning rate, while the other has a much better (meaning smaller) turning radius.

Each aircraft is going to want to force a situation that better exploits their respective turning advantages. This is easier to accomplish if you understand circle flow.

Lets take the simplest situation of the initiation of a dogfight. Two aircraft merge head on at similar altitude and speed in what is called a neutral merge, meaning neither aircraft is initially in an offensive or defensive posture. One aircraft is approaching from the North and the other from the South.

A fight to gain the offensive posture ensues, and this can only happen if the aircraft turn, rather than fly away in opposite directions never to see each other again.

In the horizontal plane (in-plane maneuvers) there are two things that can happen. Either both aircraft turn in the same direction, or they turn in opposite directions, and this determines whether the aircraft enter one circle flow or two circle flow.

If both aircraft turn to the East (right for the northbound pilot, and left for the southbound pilot) they will both be turning within the same circle, and this is one circle flow or, also called, nose-to-nose turn. It is of course the same if they both turn West.

If one aircraft turns to the West and the other to the East (both turn to their right or left from their point of view), they will be turning in two separate circles either side of the merge line, and this is two circle flow or Nose-to-tail turn.

Circle flow is a very simple concept, but it is intrinsic to BFM. It can be translated into the vertical plane, have components in both the vertical and horizontal, or be part of a maneuver which is switching the type of flow between the two.A relatively complex maneuver such as the rolling scissors is essentially just a two circle flow in three dimensions. The flat scissors is a one-circle flow in two dimensions, but with the direction of the flow constantly switching. Circle flow does not necessarily mean completing full circles, but just describes the flow at a particular point of the fight.

Look closely at the flat scissors diagram above. Even though it looks like a complicated maneuver, from top down we see that it is a series of one circle flows where the aircraft change their direction in the flow each time they cross.

But why is this important to realize? Because BFM is about quick decision making based on instinct and estimation of the environment and aircraft capabilities, both of which are governed by complex physics and countless variables. Just like with energy, understanding circle flow gives you the ability to make quick judgements on whether a situation is advantageous to you or not.

Whether a maneuver is based on either one or two circle flow, tells you whether it favors better turn rate or turn radius.

The animations below show two aircraft in a level, neutral merge. Blue has a smaller turning radius than red, but red has a higher turning rate than blue.

One circle flow favors smaller turn radius. Since both aircraft are turning within the same circle, the one that can turn tighter cuts inside the turn of the other aircraft and can gain an offensive posture behind them. Angular velocity (turn rate) has very little effect compared to turn radius, so a plane choosing to merge in a one circle should planed to cross at a lower speed to tighten the turn as much as possible. The nose-to-nose turn create a very short period of "blindness" immediately after the merge that could be alleviated by creating a bit of vertical separation prior to the crossing. The One Circle flow also give less separation throughout the manoeuvre, which mean less chance of losing sight of a small target over the distance compared to the two circles flow.

Two circle flow favors turn rate. This is because the aircraft are not turning within the same circle, but independent from one another. The first aircraft to get their nose around fastest on the enemy (higher turn rate) has a better chance of gaining an offensive posture. In most cases, a smaller turn radius has no major impact on the nose-to-tail turn.

In two circle cases, since the aircraft are maneuvering in different flows, it is much easier to lose sight of the enemy that will end up on your six o'clock for a longer period. The distance between the two fighters will also be greatly increased after half the turn has been completed since the two planes are on opposite sides of their respective turn circles. Extra care needs to be taken to maintain visual. Creating horizontal separation for a two circles flow has a few benefits. First, it allows to shorten the blind spot after the merge. Second, it allows for a lead turn to be performed. This is when you start turning toward the bandit before the merge has happen. Care should be taken not to cross in front of the bandit, that would create a unnecessary firing opportunity for the bandit. The goal it to start your turn as soon as possible as to gain a few extra degrees on the bandit.

The best measure of turn rate for what is mentioned above, is best sustained turn rate. This is the degrees per second an aircraft can turn without losing energy. You may remember that in the previous chapter we discuss how drag affects energy loss, and what drag depends on. Pulling a tight turn increases your AoA, which increases your drag. At some point, that drag force will become as large as your maximum available thrust, and at this point you are turning at the fastest sustainable rate possible.

If you were to increase your turn rate beyond this point, then drag will become larger than thrust and you will begin to lose energy in the turn. The best instantaneous turn rate is the fastest the aircraft can turn, with no regards for energy loss. Turn rate will be maximized, but drag will be too, and that turn cannot be sustained for very long at all. For this reason, maximum sustained turn rate is often a much more useful figure than the instantaneous rate in combat.

You may also recall that in the energy chapter we formulated the equation for aerodynamic drag. It depended on both velocity and air density, which means the maximum sustained and instantaneous turn rates vary with both (true) airspeed and altitude. Since you will probably be reading your speed in IAS, this simplifies the situation somewhat, but altitude is still a factor in the performance of your engine. The easiest way to judge all of this in a fight is to know your "best speed" for sustained turn rate at the altitude you expect to fight, and know roughly how your engine performs on the deck compared to at high altitude. In general, you do not need to do real time number crunching in combat, but only to judge whether your numbers are better than the enemy's in the current situation.

Controlling how you approach an aircraft in a turn relies on pursuit curves, which will be covered in the next chapter: 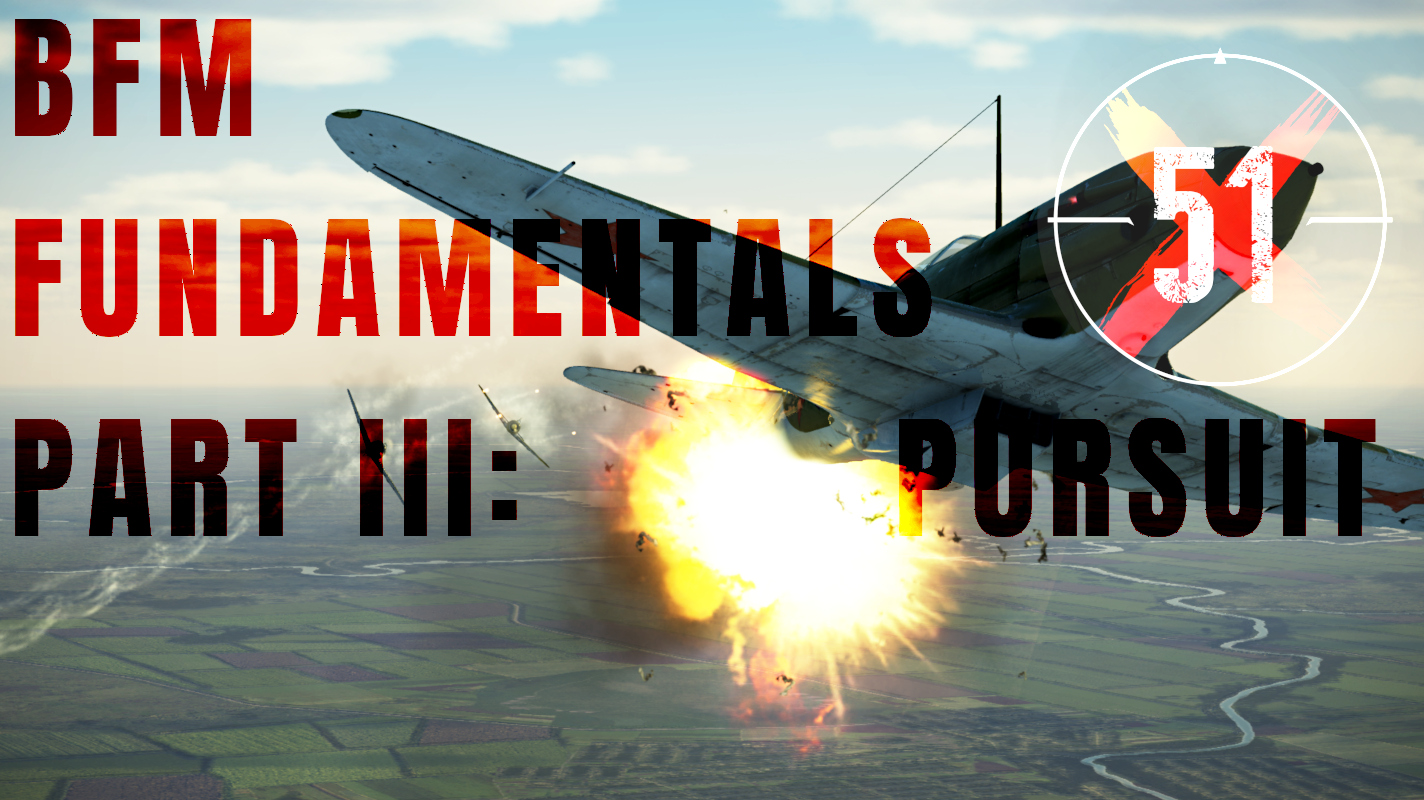 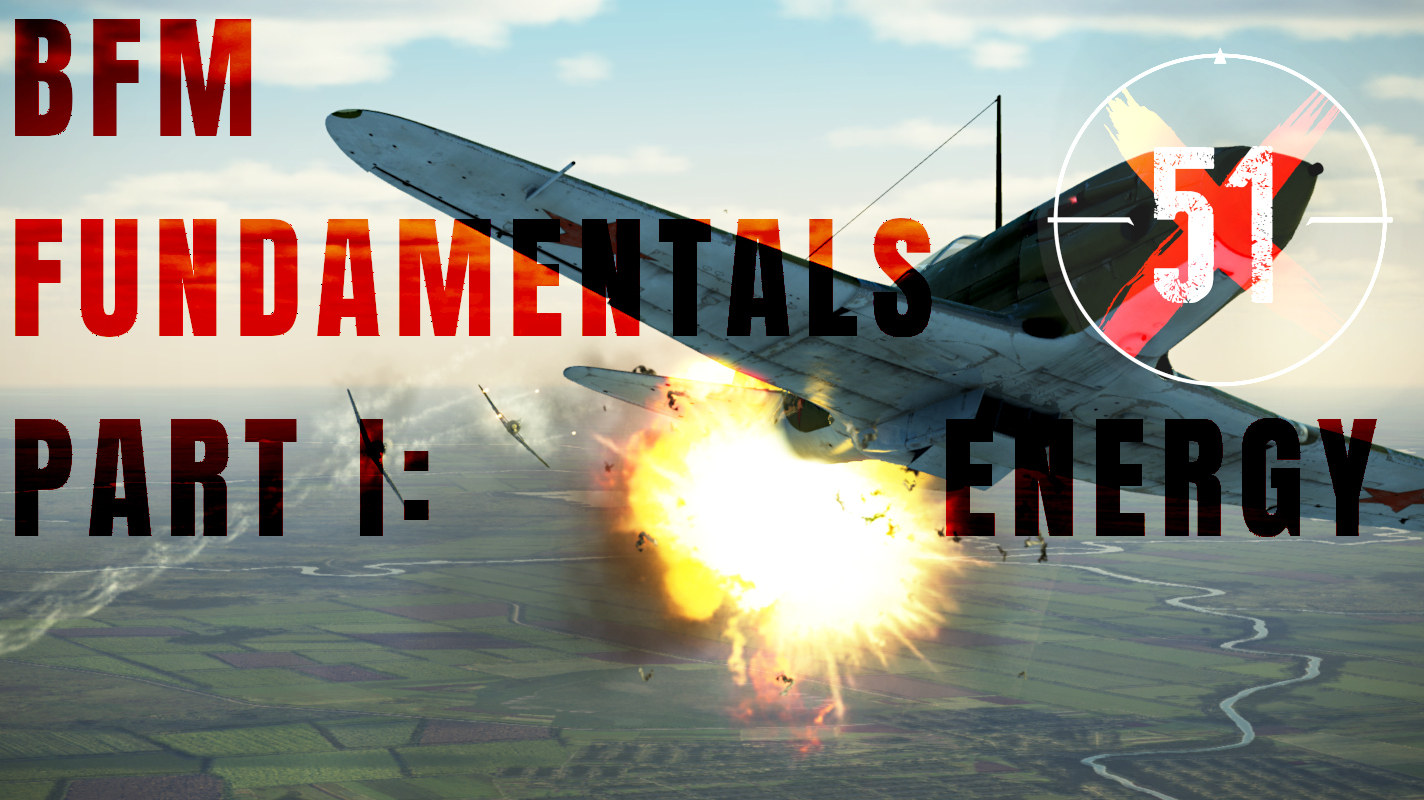